Your morning cuppa has more in common with wine than you might think, finds Kieran Nash. 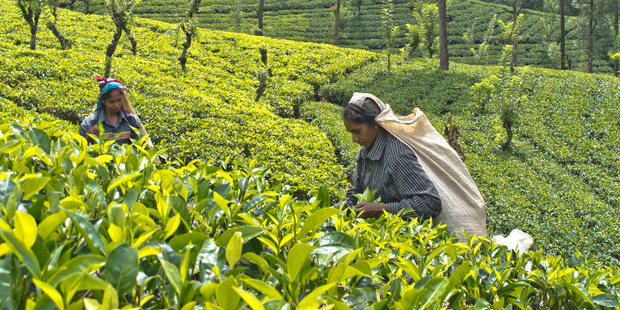 Your morning cuppa has more in common with wine than you might think, finds Kieran Nash.

Most Kiwis are partial to a good cuppa. Many are also partial to a nice wine. And in Sri Lanka, you can have both in one glass.

Or so says Merrill J. Fernando - best known as the man on the Dilmah Tea ads on the telly - as he sips a golden brew from a clear goblet in his Colombo office. To him, it's a "shiraz".

Wine, tea - whatever. I just need a drink. Over the past few days, I've bussed along Sri Lanka's notoriously bad roads, squeezed into cattle class on the train and copped an earful from an angry taxi driver, and eventually find myself talking tea with an old hand in the trade.